Rusty mix of heavy/black metal and punk created a few years ago, released a first EP, “Ere Rance”, in 2016. The music of Mésalliance presents a raw mix of energy and despair.
Shop now

Ambient black metal sinking its roots deep to as far as 1998 in Finland, Druadan Forest has become one of the most famous bands in the sub-genre of “dungeon synth”, originally called medieval dark ambient. Now, Druadan Forest reputation is that of a master of the genre, having released previous albums on Werewolf rex and Wolfspell.
Shop now

Newer emanation of one of the founders of Medieval dark ambient style in the early 90s. Now back as Bannwald, a tribute to the dungeon synth / medieval synth ambient style.
Shop now

Legend originated from Austria, Uruk Hai has been playing dungeon synth or epic medieval music since 1999. The music of Uruk-Hai is inspired of film music and great sagas of heroic fantasy.
Shop now

Tan Kozh was created by Sven (Himinbjorg, Belenos, Möhrkvlth, Ar Bard) in 2015. After composing the album, Yamnah (Belenos) helped him for the lyrics, they were then joined by Decay (ex-Way to End) on drums, Barved (ex-Les Chants De Nihil) on guitar & Introspect (Introspect, ex- Les Chants De Nihil) on bass.The recording is fully redone to play a real drumset, and with various additions by all members. The band starts concerts in 2018.
Shop now

The three-piece death metal act started in 2008, delivering a violent and uncompromising amount of raw brutality in the vein of old-school death metal. Recorded in 2009-2010 and released in 2015 only, the first album made the statement about what Braquemaard is up to.

Formed in 2007 as a 2-members band, La Chambre Ardente is an uncompromising source of conflicts and disputes. Musically it is a morbid and fast black metal with grandiloquent interventions of orchestral parts. Conceptually it is the most revolting religious intolerance and unforgiving discourse about corruption of the soul and damnation.

CRÉATURES is a solo musical project of horror metal formed in 2008 by Sparda (Hanternoz). The band makes use of several atypical instruments (Theremin, church organ, piano, trumpet, violin…) and blends various musical styles including Black, Symphonic, Death and Doom Metal as well as Ambient music. CRÉATURES’s main influences are King Diamond, Tartaros and Notre Dame.
After a first demo released back in 2009, CRÉATURES’s first album, named “Le Noir Village”, is set to release in October 2016 on ANTIQ Records. It tells the story of a twelfth-century countryside village getting attacked by terrifying monsters. As in opera, all the characters of the tale are being enacted by different singers who are first person narrators to help the music tell the story. The album comes in a 16-page booklet digipack containing a painting and six medieval-inspired drawings made specifically for this release.

Dorminn is a solo project of dark ambient / neo-folk, at the crossroads of Moëvöt, Enmity and Yele Solma. The Shaman uses ancient instruments from various parts of the world, and draws inspiration in the cults and traditions of all remote places of the world, that he dirties and perverts with the hatred and nihilism of a raw and possessed acoustic black metal.
The project takes its full aura live where the Shaman, alone on stage, build up the music layer after layers, dubbing thanks to a looper. The Ritual is transcended by those hypnotic loops that helps the Shaman to conjure up the demons of a modern cosmogony.
Shop now

Ê is a nickname of a name that should not be spoken out nor revealed. It first was formed as a one-man death metal project in 2010. The second album was the occasion to gather 3 other members, for the second album, out in 2012.

Sinking its roots deep in the years as early as 2009. Taking a real form and name in 2013, the project of one man, Hyvermor, quickly recorded and released the all-acclaimed album « Monstres et Merveilles », already featuring participation of Aliunde. Short after, in sommer, Hyvermor went with Lazareth and Aliunde to perform mountain recordings. Blending pure black metal shrieks, declamative vocals, middle-ages-inspired music, based on medieval history or fantastic themes, Grylle’s music is the proper atmosphere proper to thinking, practice alchemy or perform sorcery.

Hanternoz was formed around Hyvermor in 2006, soon joined by Sparda. Following a series of lineup changes, the band came from 5 bandmembers in 2010 to a trio, then a duet since 2013, consisting of Sparda & Hyvermor. Rooted in Bretagne, the band displays lyrical themes around the mystic and factual history, the legends, and the langage of the old land of Britanny (France).

Incipient Chaos plays a profound black metal and explores the concept of Mystic Alchemy. Based in Nantes, I.C. evolves in a dark and violent style but also plays atmospheric and contemplative parts.
The first part of the Opus Magnum, Sulphur, is an EP out in 2014 on Mortis Humanae Productions, and is black and hateful black metal, raw and direct. It sets the basis of the sacred work.
Its follow-up was the Anima Mercurii EP, different but completive, out in 2016 on Antiq. Browding the spectre of the band’s music, this second part bids an alchimic journey from the Cosmos to the Chaos, from Hope to Void, from Light to Nothingness.
In 2019, still on Antiq, a split with Defenestration. 6 songs, 2 visions, 2 musical styles but one goal, set the two approaches and give an insight on the underground extreme scene from France.

Malenuit was formed by Audrey Sylvain and Thibault Svl who share the composition work for this project. A melancholic, grieving and torn testimony of the loneliness of the wandering city souls. In a curious mix of Black Metal and Neofolk, with parts of Post-rock, Malenuit delivers a unique melange of beautiful sadness and a dark absence of joy in the lyrics, strangely brought by a bright and young voice.

Régiment original idea dates back to 2010. Between 2012 and 2015 the first album was recorded and then released. Formed around the core of a fast drumming and an epic riffing inspired by the 80’s heavy metal, Régiment plays a heavy-death metal which features powerful yet original vocal parts. The themes are all focused on the first world war. 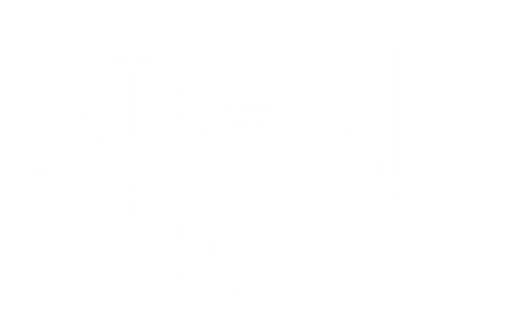 Theoria was created in 2012, as a duet, in Alep, Syria. The band creates an unique atmosphere of black metal, with extraordinary guitar walls and a perfect insertion of rare electronic elements. Rare are the bands who have their own distinguishable sound from the first album on ! It was immediately hailed all accross Europe, Syria and America.

Over the years, the Art Noir Médiéval of Véhémence has drawn attention with a single debut album, Assiégé, released in 2014. Véhémence is now back with its same personal style of melodic / epic black metal. Only now, Véhémence has turned to a production that matches the expectations of the style. Professional drumming and experienced vocals as well as a studio sound makes the weapons of Véhémence sharper. Véhémence is now a duet featuring Tulzcha (founding member) and Hyvermor. With its fascinating riffs close to the most epic of heavy metals, Véhémence is a blazing and immersive experience of Medieval Epic black metal.
Shop now

Formerly known as creator of the mighty melodic and epic black metal act “VINTERGEIST”, Arvernian also played in a variety of local bands. He then went on to create a new and unique experience of neofolk, pushing the limits of guitaristic expression.
As sole master on board, Arvernian composes the whole concept of imagery and music for Wÿntër Àrvn. Which could be summed up, as acoustic neofolk with strong composition skills.